Celebrating 20 years on the air.  Click on the image above for some of our memories.

Donations are most appreciated and can become a tax deduction for you.  Click here to find out more

Check twitter for any last minute changes to our broadcast schedule

To Hear Information Radio Live on your phone, notebook, desktop or laptop computer by clicking on Tunein button below 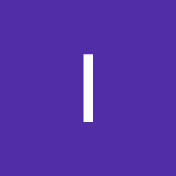 Check out some of our videos on our Youtube channel

Click here to listen to us on our direct link

Have an announcement that can't wait. Create a 2 minute by calling:   . 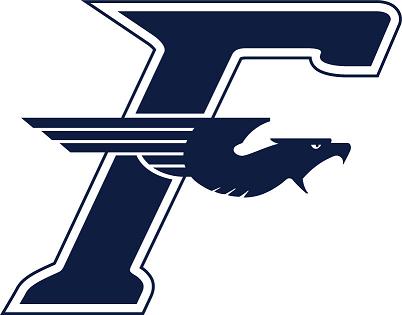 Listen here for a live broadcast of Fairmont Firebirds Football

Let us help you record your family history before it is too late!

What is Information Radio?

With the facilities of Information Radio 1660 government entities and non-profit organizations can announce at no charge:

4. Promote any activity open to the general public

8. Use for Emergency Operations, either weather related or other disaster announcements

Information Radio can be easily heard in the following communities:

Along Interstate 75 at Franklin/Springboro exit to Vandalia

Along State Route 35 from Xenia to Trotwood

Many of the Five Rivers Metro Parks

Since the station is designed as a low power  AM station, there will always be some areas where trolley lines or high-power utility lines may cause some temporary interference but in the areas listed, the interference caused by these lines is minimal.

You can also hear us on many devices including:

Your laptop or tabletop computer

The stations are promoted through:

Signs provided by the local communities in the right-of-way

Additionally with the Information Radio facilities long term announcements for local attractions, such as museums, amusement parks, parks and others can be run on an on-going basis. 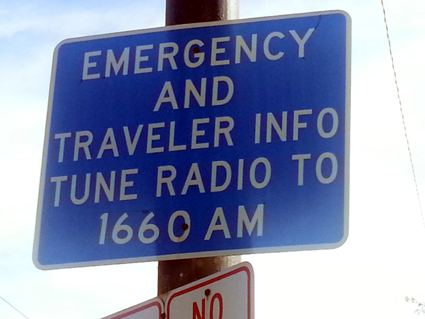 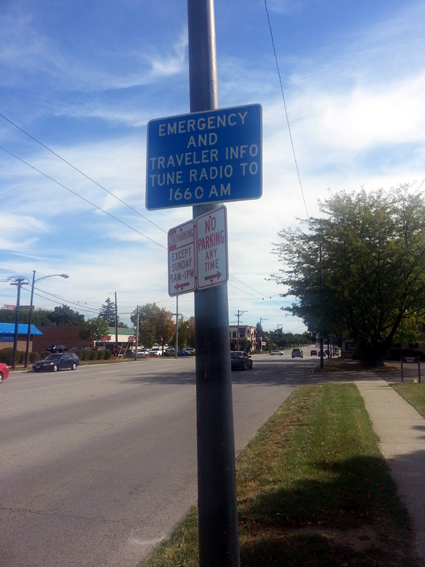 We work with local communities to support Information Radio 1660 with signs posted on local highways and major arteries like this sign in Kettering on Far Hills Avenue south of Dorothy Lane.

Agencies and Organizations who have used Information Radio 1660:

Greeting to area by the Miami Valley's Congressional Representative

Preparing for disasters by the American Red Cross

For more information on information radio and the specific needs to your community or organization, contact Norm Schrein at -- Tuesday, Wednesday or Thursday from 11 to 4 eastern.

In case of an on-going emergency, local government agencies can use the facilities of Information Radio.

In case of the threat of severe weather (watch or warning) the station will automatically switch to the National Weather Service Broadcasts and stay on that system until the watch or warning has been discontinued. 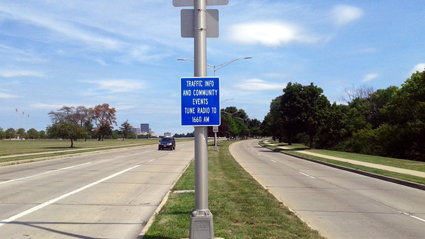 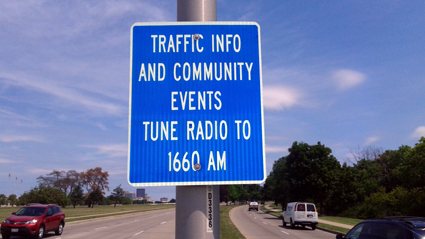 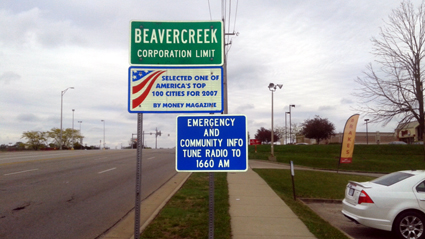 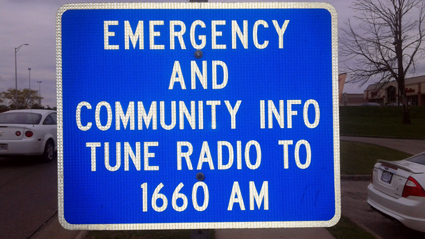 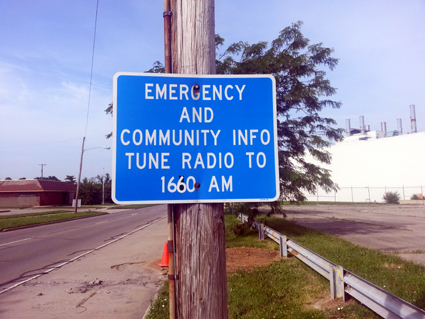 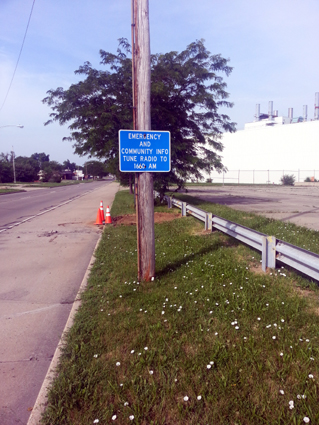 End of Southbound I75 Exit Ramp at Springboro Pike 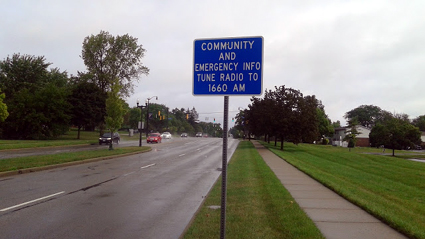 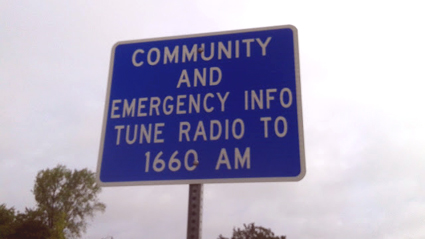 Information Radio On The Road